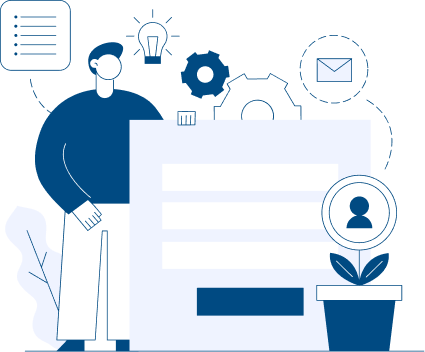 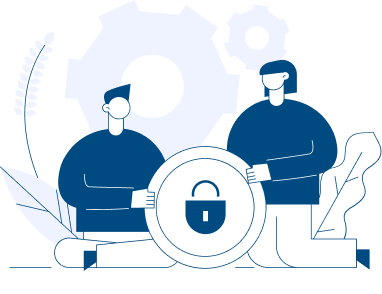 Vietnam has a commitment to develop eGovernment and digital society

e-Government development towards a digital government, economy and society is an inevitable trend in many countries in the world. However, to realize it, governments need to have strategies in the early stage, Vietnam is no exception.

Political Bureau's Resolution No.36-NQ/TW is one of the crucial policies of Vietnam on acceleration of IT application to meet requirements of sustainable development and international integration. Resolution No.36-NQ/TW set a specific target that, by 2020 "Vietnam will build a successful e-Government system, provide high-level online public services in multiple sectors and carry out the administrative reforms".

2015 was the first time that the government issued a dedicated resolution on eGovernment - the Resolution No. 36a/NQ-CP dated October 14th, 2015 - with the expectation of improving the capacity of the state administrative system in order to give the better services to its citizens and businesses; accelerating the administrative reform; creating a favorable environment for business and production activities, raising the country's economic competitiveness against the backdrop of a deeper and wider international integration.

During the period of 2016-2020, the government of Vietnam identified e-Government development towards a digital government and digital economy  as one of the top priorities. Vietnam should create a strong foundation for a comprehensive digital transformation for the period 2021-2030.

In August 2018, Vietnam set up the National Committee on e-Government that chaired by the Prime Minister. On March 7th, 2019, the Government issued Resolution No.17/NQ-CP on a number of key tasks and solutions for e-Government development for the period 2019 to 2020, with an orientation towards 2025. Then, on March 12th, 2019, Vietnamese Prime Minister approved the national public service portal project.

Especially, on September 27th, 2019, the Political Bureau issued Resolution No.52-NQ/TW on a number of orientations and policies for proactive participation in the fourth industrial revolution with an overall objective of "effective utilization of opportunities brought about by the fourth industrial revolution to accelerate the process of innovating growth models, restructuring the economy associated with strategic breakthroughs and the country's modernization; strong digital economic development and science and technology-based fast and sustainable development; innovation; high quality human resource; citizen's quality and benefit improvement; national defense and security assurance; ecological and environmental protection".

Thanks to the above policies, the e-Government development process in Vietnam has been getting significant breakthroughs. According to the United Nation's e-Government Survey, Vietnam has been maintaining a continuous rise from 2014. Vietnam ranked 86th in 193 UN member countries this year, and ranked sixth in South East Asia. The E-Government Development Index (EGDI) is based on three components: online service index (OSI), telecommunication infrastructure index (TII) and the human capital index (HCI).

In 2020, Vietnam made significant improvements in the telecommunication infrastructure index, jumping 31 spots to 69th, while its human capital index ranks 117th, up 3 places from the 2018 version of the EGDI. The country's online service index, however, decreases by 22 places to 81st.

So  far,  many  governmental  foundational  information systems have been put in operation. It helps to improve state agencies' activities as well as provide online public services to citizens and enterprises, bringing many practical benefits.

The Information System for Government meetings and work handling (e-Cabinet) was launched on June 24th, 2019. It can update, store, and manage documents for government meetings and offer electronic voting with digital signatures. The  National  Reporting  Platform  and  Government's Centre for Information and Direction was launched on August 19th, 2020. The platform serves an important role in the process of building and developing e-Government and reflects the country's determination in administrative reform, in accordance with national digital transformation. So far, the system has been connecting 30 ministries and agencies, establishing 20 reporting regimes and 106 out of 200 socio-economic parameters, supporting the Government and Prime Minister's directions. The system is also expected to save the state budget by digitizing reports and regulations from communes, districts and provinces to the centre agencies.

After eight months, the National Public Service Portal has connected with 18 ministries and agencies, all 63 localities in the country, and eight banks or other e-wallet service providers. It has registered the 1,000 services to be online recently, and logged more than 56.4 million accesses, more than 14 million documents synced and 260,000 processed online.

After 8 months, the National Public Service Portal has registered the 1,000 services to be online recently, attracted more than 60 million pageviews and 235,000 accounts as well as synchronized over 15 million records. More than 295,000 documents have been handled online through the portal; received over 24,000 calls and 7,800 comments and feedback. The online payment system of The National Public Service Portal has been put into use since March 2020, solving over 9,000 transactions of which more than 3,000 deals in August 2020 alone.

The national public service portal integrated with ministerial and provincial public service portals was officially opened nationwide on December 9, 2019. After 11 months, the portal logged more than 85 million accesses, synced more than 14 million documents and registered 2,200/6,790 services to be online. It is expected to provide about 2,500 administrative services on the portal at the end of 2020. The Portal is estimated to help save about VND 6,300 billion.

The Ministry of Health and the Ministry of Information and Communications have provided 100% level-4 online public services. If it is carried out successfully, many more ministries, agencies, and other local authorities will be able to achieve the same targets.

Vietnam has borne fruits after  years of  building an e-Government system. However, it is necessary to have the participation of the whole political system for a successful e-Government toward a digital society as the set targets.

Vietnam has so far already made some substantial improvements on e-Governance and hopes to be among the top four Southeast Asian nations and top 70 countries of the world by 2025.

To turn the target into reality, many experts said that Vietnam has lots of things to do, such as listening to the local and international advisors and learning from other countries' lessons, to adopt an appropriate solution for Vietnam.

Apart from technology applications, it is essential for Vietnam to  have strategies to change  the traditional paper-work procedures to an electronic environment. It's not an easy duty as most local people have been used to the old working ways for years.

Building an e-Government towards a digital government and a digital economy is a major orientation affirmed by the Government through a series of specific policies and it will be strongly promoted in the coming time in Vietnam. In order to achieve the set objectives, it is necessary to have the determination of the whole political system to create a new mode of management, to make most of the benefits of digital technology, and to ensure the sustainable development for the economy and society.